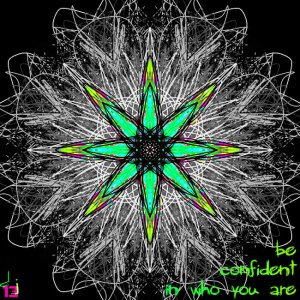 Everyday I learn a little more about who I am and why I am the way I am. A & I had a good talk today, if I wasn’t so baked right now I could probably remember what we actually said. But I do remember how I feel. Growing up, I felt lucky to have everything I ever asked for without ever having to work for it. Luckily, I am not afraid to work and actually do enjoy having a job and earning a living.  But now, I don’t feel so fortunate about how I was raised. I am not blaming anyone. I don’t think they knew what they were doing. Or maybe they did? Either way, life is not easy street like I was raised to believe it would be. No one ever gave me the slightest hint at how bad it would be. But I don’t think anyone expected me to have good morals & values. Especially being raised in the manner that I was. It’s not right to seek out, capture, marry and have children with a man you do not love just because he has money. It’s not right to know inside that he is in love and you know you are using him the whole time just to not have to work. I was told that all I needed to do was find a rich man and marry him and I’m set. I was never encouraged to go to college or even get a job. I had no chores that I had to do and I was given whatever I wanted, without having to do anything but ask. This is so wrong. Being raised by 2 parents that don’t love each other is the reason I am the way I am. The mistakes they made raising me all come back to how I was brought up. I can trace my issues back to the source and every time it ends up that I missed out on a lot of core values. If you don’t make a child earn what they want, what’s the point? You’ll have a sheltered, spoiled brat that hopefully snaps into reality before they become parents them selves. I see where I could have been a better parent, but it goes back to how I was raised. If I had structure at home, I could have had structure for my kids. I could have. If my parents both loved each other, maybe I wouldn’t be so confused now about what love really is. I believe differently than what I was taught. But I have had a hard time putting my beliefs in action. I believe a woman and man should love each other when they get married. I believe women shouldn’t trap a man by getting pregnant just so he’ll take care of her. I believe if things aren’t good in a marriage that for the kids sake, get the hell out of it and spare the kids the years of damage you will do pretending you love your spouse because kids are affected by it, even when you think you are getting away with it. Your actions imprint in the child and your behavior becomes the values & morals they will need for their future.

I’m kind of ashamed to admit now where I came from. I feel like I would have been better off being raised in poverty. I am ashamed of the way I used to be. My attitude sucked and I had no reason to ever think that I was better than anyone else. I’m not. I do my best now. I earn a living. I am happy. It’s not easy doing it alone but I am here now. This is just where I am in life and it’s cool. I feel as if I am living life backwards. The younger I was, the more money and carefree life I had and with each year, I see the slow decent in to reality. The real world. Not the one that was created from a fantasy-life by cinderella herself. In that case, I do feel I’m a little better (morally) than most people I know. But for the most part, I’m just as special as everyone else.