I’ve been meeting a lot of people lately, on my terms. I choose when to open a new dialog with someone and how far it will go once I get a feel for them. The more I meet, the more I seem to learn about myself. It’s become almost like a therapy session for me. Yes, the attention feels good temporarily but what I take from the conversations I have is a new awareness of myself. I see myself in some of the people I meet. Some of the traits I see mirrored back to me are normal, decent, safe, almost boring ones. Others, well, they’re not so normal or decent. Some are just plain annoying. The ones that really stick with me are the real train wrecks I’ve met. The disturbing part of it is the stories they tell me, where they are just rambling on about some of the craziest shit I have ever heard without even skipping a beat to stop long enough to assure me that this isn’t really how they are, is I can see myself, in the past, frantically telling a similar story of my own. Sometimes even worse. I can’t help but wonder if I was the reason, just from sharing my life stories with someone, that that person decided that I was a slow moving train wreck too? And they saw it coming and escaped just in time so they wouldn’t get caught up in the mayhem and destruction that might have happened at any moment. I was listening to the stories myself and I thought, have I ever sounded this crazy? I recognize the excitement and I understood how he was able to minimize it as if it was as normal as going grocery shopping on Sunday or pouring a cup of coffee first thing in the morning. Well, regardless of why anyone has left my life, what I have gotten out of meeting so many new people lately is gaining the ability to view myself and my actions as if I were on the outside looking in. You never see yourself the same way as others see you. Just like hearing your voice recorded, no matter how many times I hear it, it always surprises me because it’s not how it sounds in my own head. When I see my own actions reflecting back at me through someone else, it puts it in a different perspective and some of it I don’t like. Now that I am able to see it, I can change it. It’s easy. Had someone pointed it out to me, I would have likely ignored it & made it into something negative. I would have done just the opposite because no one is going to tell me how to behave. I’m stubborn like that. I may have heard the critic, but I don’t deal with criticism favorably and I would have defied the whole scenario.

Today, this morning, I made a point to watch Joel Osteen.  I normally don’t remember in time to watch his program but for some reason, I thought of it today and caught the last 15 minutes of it for the first time in at least a year. His message today was about following your gut instinct on the decisions we all make, big and small. I have to say, what he said really struck a chord with me. I tend to have a hard time making decisions, big and small and I am constantly doubting myself. But the way Joel described the way decisions should be made made it seem so simple, as long as you can learn to trust yourself enough to know your instincts are never wrong. The hard part is believing in yourself enough and having the strength to deal with what is to come in that decision you make.  I have some choices to make that are life changing and I have been putting them off because my gut says one thing, my heart says something else. I don’t want a lifetime full of heartache. I want to be truly happy and free and if I don’t listen to my gut, and I choose to go with my heart (or any other part of my body that seems to like making decisions for me sometimes) then I will surely regret that decision one day. I don’t like regret. I will do everything in my power to avoid feeling it.

Anyhow, I just realized, as I was sitting here thinking about how the whole day went, that it was really a life altering day where I feel I may have matured just a bit more. I like that. I can pick and choose what I allow people to see and the reflection I get back will never be ugly to me. 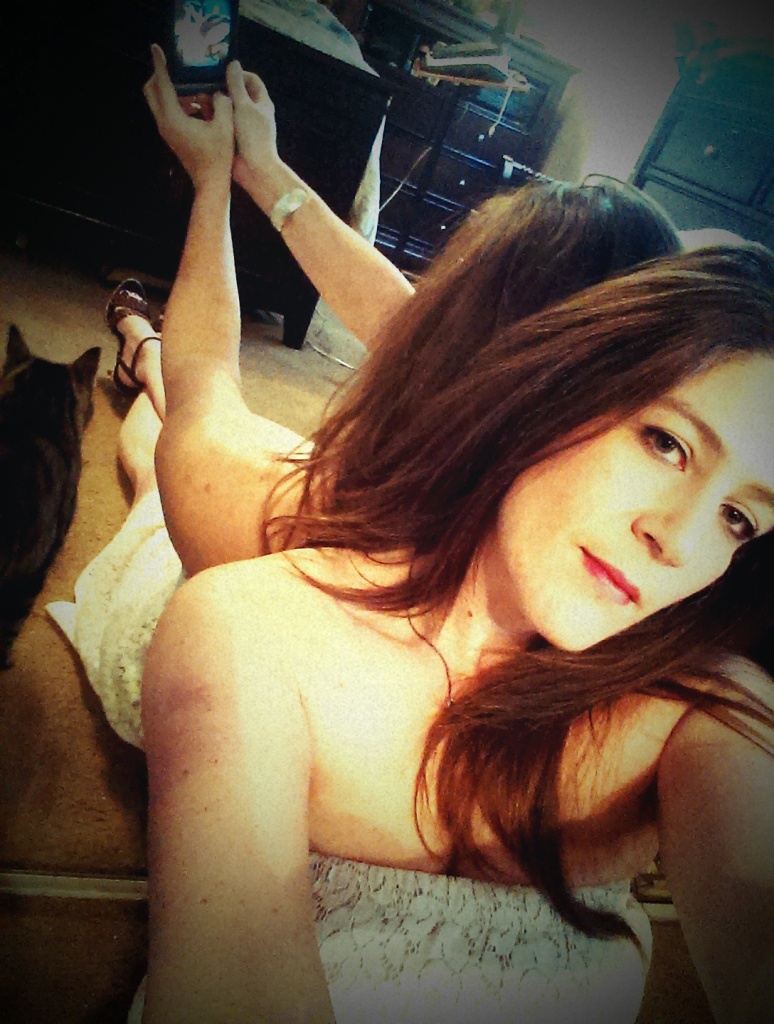