I’ve been spending my time lately listening to the hundreds or maybe thousands of hours of tape recorded conversations that my friend left for me when he died. I don’t necessarily intend to hear anything on these tapes that will definitively point the finger at him for anything he did that was illegal. He is a very smart, sneaky man. Not very good at math though. But really very intelligent at a lot of other subjects. From the tapes, I have learned how much he seemed to love animals. Especially dogs. Unless they are dependent on him. Then he has a slight sound of frustration in his voice when talking about them.

He was very passionate about the law. He did not like the government and mentions wanting to do something to someone in government that will cause them to listen to him. He talks of trying to get their attention for 40 years. To no avail.

He did not like women. But he loved women. He did not like a woman working. His voice becomes very condescending when he speaks to the woman on the other end of the phone. Often calling her stupid under his breath, and saying that it’s really not her fault that she will never be as good as a man. He does this very often and challenges her with his wit every chance he gets. She sounds disgusted at times and has gone silent, as if she is asleep. Not giving him any response to his remarks and pretending to wake up again, changing the subject to how tired she is because she works so hard. His response is palpable. You can almost feel his relief in her reaction to his comments. No response is a response, in itself.

He talks about the weather a lot. The heat. The cold. What is on television that he likes to watch. His hate of football season and its fans. The current events on the news. He mentioned the Jon Benet Ramsey incident and they discussed who they believe committed the crime. His theory was very interesting. He at one point said under his breath that he was the number one most wanted man by the FBI. She took it as an egotistical joke but he was very matter of fact in his tone of voice.

Many times he describes how angry certain things and people make him and suggests that she needs to be his hit man and go kill these people or somehow stop a situation from happening by blowing something up. He laughs it off when he hears her lack of real interest in her voice.

I’ve only begun to really listen to these tapes. It makes me wonder how many times I missed an opportunity to be his sounding board? How many times did he and I talk about things, just the same as her, and I swept what he said aside, afraid of what I was actually hearing. I know it was often. Probably more often than not.

If I can figure out how to include a sound clip here, I will edit this post and insert it here to let you hear the part about the FBI’s most wanted list.

His voice is unique. I’ve got several years of tapes he recorded and I can hear in it how it changes as he gets older. It gives me chills to think of everything now. His voice is very haunting. 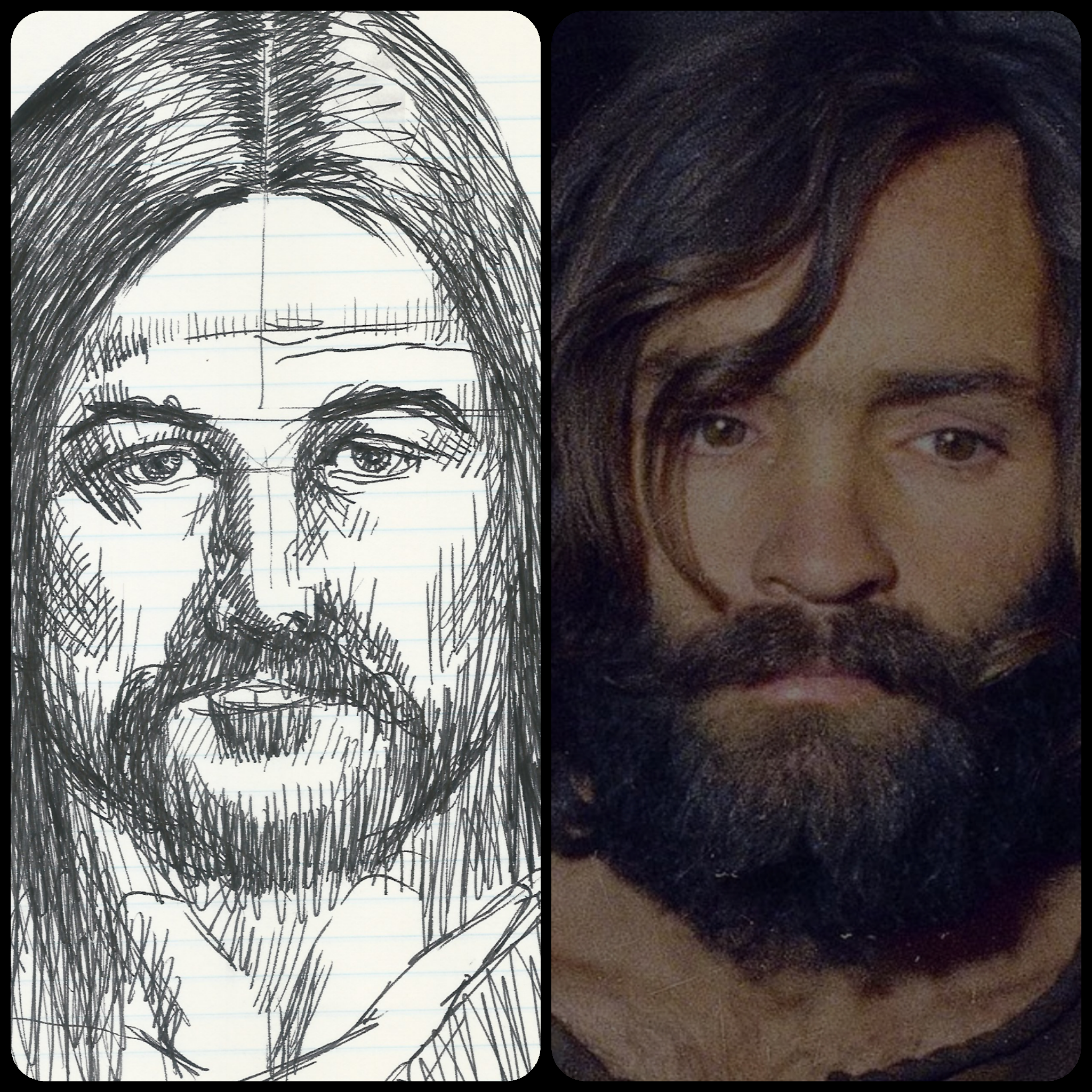 Could this be who he meant in his drawing? Seems too coincidental. No?